Adzooma BlogNewsHot Topics of The Week in PPC: 13th December 2019

Christmas is around the corner but that doesn’t stop the world of PPC. Here are the hot topics for the week, featuring Google and Facebook.

What: Facebook has rolled out a new cross-account reporting feature and a custom metric building tool to help advertisers drive sales online and in-store during the holiday season. The new updates, announced in a blog post published on 6th December, will allow advertisers to formulate their own metrics and improve the overall performance of their seasonal campaigns.

Why: According to the post, the new reporting tools will make it easier for advertisers to measure ad performance across accounts, channels and different publishers. Though this is important across the entire year, a 2018 Facebook-commissioned Ipsos study confirmed that shoppers use a variety of channels to make a purchase and gain inspiration over the festive period – hence the need for transparent metrics.

The result: Advertisers will get a better holistic picture of how their ads are performing, what channels are driving conversions and what audiences they are actually reaching. Clearer insights into interactions and conversions will also help users better optimise their ads, alongside better reports and de-duplicated reach for accurate ad targeting.

What: On 9th December, Google’s SearchLiaison announced on Twitter that their BERT algorithm is rolling out to over 70 languages worldwide. The thread stated the full list of the languages to be affected by BERT, including Albanian, Croatian, Estonian, and Icelandic, and linked users to a full blog post about BERT and Google Search.

Why: As per the October announcement, Google stated they were applying BERT to make Search “better for people across the world”, and that a powerful characteristic of the systems is that they can take learnings from one language and apply them to others. We suspect they’ve seen great advancements since rolling it out for English in October.

The result: Though BERT will allow Google to return relevant search results across multiple languages, Search isn’t entirely perfect. Some keyword searches may still be slightly inaccurate, even with BERT, though the algorithm as a whole will allow Google to better understand queries they might not have been able to previously.

What: According to data from WIRED, spending on leaflets and direct mail has been consistently high since parties began disclosing campaign expenditure in 2000. Political parties’ aggregate spending on unsolicited material reached a total spend of £37 million in 2015, compared to a much lower £2,969,420 in 2001. The same parties reported spending of just £1.7 million on social platforms.

Why: Within the article, Philip Cowley, a professor of politics at Queen Mary University said parties wouldn’t spend so much if they didn’t think leaflets work, and that reaching out to voters via post “demonstrates a presence.” Despite his argument, it isn’t a secret that social media ads are often much cheaper and widespread than print material.

The result: With the general election very much upon us, Craig Dillon, Westminster Digital’s founder and CEO said “My assumption for this general election would be that spending on leaflets is down but still fairly high. But yes, it might be the turning point, with spending on digital overtaking leaflets for the first time.”

What: On 10th December, Google published an article about new App + Web properties Short Analysis and User Lifetime, as well as an update to the existing pathing technique and a larger window to historical data. The post was written by Russel Ketchum, Group Product Manager, Google Analytics, and comes 5 months after the new property type was announced in July.

Why: The new features will allow advertisers to measure multiple websites, do more custom analysis and get faster insights from their data. Supporting multiple web streams will also simplify important data, allowing advertisers to see metrics aggregated across all related apps and websites or apply filters to compare them individually.

The result: Advertisers will be able to compare engagement between groups of similar uses with more metric and dimension breakdowns and gain insight into the lifetime activity of a group of users based on custom dimensions. They’ll also be able to identify like-users and conduct analysis between cohorts.

What: On 10th December, Google announced the launch of Publisher Center – an interface which merges Google News Producer and Google News Publisher Center to improve user experience and functionality. The update will reduce the friction involved with managing publication branding, content, ads and more, saving publishers both time and effort.

Why: The new features will allow publishers to manage how their content appears across Google products which wasn’t possible before the update. Publishers would also have to rely on RSS to configure sections in Google News, until now, where content for Google News will come directly from the web.

The result: Publishers will be able to manage their publication’s identity, such as updating light and dark theme logos and organise and switch between multiple publications with ease. Improved permission settings will also make it easier to collaborate with colleagues, and plans to expand the tool to more languages other than English, Spanish, French and German are supposedly “coming soon”.

Other topics of the week include:

You made it to the end of our article, go you! As a reward, we’ve got a special
offer for you.

You can get the entire Adzooma platform, for free. That’s access to one-click improvements, intelligent reporting that automatically updates and much more for your Facebook, Google and Microsoft ads.

It’ll be the best advertising management platform you ever use.

The smarter way to manage
your ads.

“Having used other tools previously (Wordstream & Optmyzr) I can say that Adzooma is far better value and actually helps you to deliver so much more for your accounts.”

“Amazing tool, the functionalities are excellent and it saves lots of time in maintaining multiple ad accounts. Looking forward to making this my go-to ad management tool.”

Get cash back on all your marketing spend. 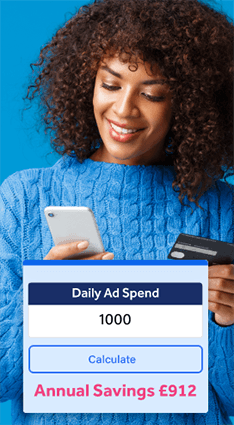 Claim Cashback
On Your Ad Spend

We’ve partnered with Revolut to help you save money on your Google, Facebook, and Microsoft ad spend.

Earn cashback on every £ you spend and unlock a host of other perks and discounts.

Looking For More From Your PPC Campaigns?

See how Adzooma’s AI technology can get the most out of your Google, Facebook and Microsoft Ads with our free trial.